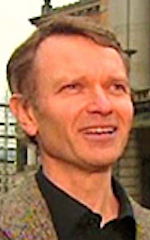 Abstract: Subjective logic was originally developed for computational trust, but is also a general framework for reasoning under uncertainty. This talk focuses on how subjective logic can be used in formal trust reasoning.

Short Bio: Prof. Audun Jøsang started developing subjective logic in 1997 as a formalism for computational trust. Since then it has become a popular framework for reasoning under uncertainty in many fields of application. Prof. Jøsang has a Master's in Information Security from Royal Holloway College, University of London, and a PhD from NTNU in Norway. He joined the University of Oslo in 2008, and is also Adjunct Professor at QUT in Australia. Prior to working in security Dr. Jøsang worked in the telecommunications industry for Alcatel in Belgium and for Telenor in Norway.

Title: Industrial Cyber-Physical Systems and their Implications for Modern Enterprises

Abstract: With SQL systems aging beyond a quarter of a century, a debate is raging on the architecture of the next generation data stores. There has been a flurry of novel data stores ranging from NoSQL to NewSQL, Cache Augmented SQL, document stores, graph databases and others. The past decade has witnessed the introduction of more than 40 systems by diverse participants including social networking sites, e.g., Cassandra by Facebook and Voldemort by LinkedIn. To enhance the availability of data, some systems sacrifice strict consistency (Atomicity, Consistency, Isolation, Durability) properties for weaker forms of consistency (Basically Available, Soft-state, Eventual Consistency). Others scale to a large number of nodes by abandoning the relational data model and the concept of transactions. This talk provides an overview of these systems and makes predictions about the next generation data stores on the horizon.

Short Bio: Shahram Ghandeharizadeh received his Ph.D. degree in Computer Science from the University of Wisconsin, Madison, in 1990. Since then, he has been on the faculty at the University of Southern California where he is the director of the Database Laboratory. He has received numerous awards and recognitions for his research and teaching including the National Science Foundation Young Investigator's Award, USC School of Engineering Research and Outstanding Teaching Awards,and the ACM Software System Award. He has published more than a hundred articles and organized numerous conferences. He is the co-inventor of the BG benchmark and the founder of Mitra, a startup commercializing a high performance cache-augmented data store named KOSAR. 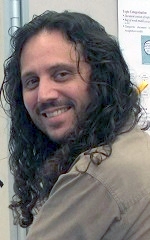 Abstract: Many Pattern Recognition tasks must be implemented with embedded systems, since interactions with humans and with the environment are among the most frequent functions they perform. Traditionally seen as an area of Artificial Intelligence (AI) that comes after the perception process, a classical PR application takes a set of physical measures obtained by sensors or communication subsystems and generates actions using actuators or provides information through the display or an I/O port.

In this talk, some of the application domains, optimization techniques and important,tradeoffs associated to the computational issues and time constraints involved, along with open problems and solution methodologies, are presented.

Short Bio: Prof. Juan-Carlos Perez-Cortes holds a PhD. in Computer Science from the Universidad Politecnica de Valencia (UPV), Spain. His field of research is on Pattern Recognition, Computer Vision, Perception and Human-Machine Interaction. After his initial work on Speech Synthesis, for which he was awarded a National Prize on Informatics in the company Logic Control in 1990, he received a research grant and worked in Connectionist Systems, Language Models and Geometric Pattern Recognition, obtaining his doctorate in this field in 1994. He became assistant professor in that year and tenured lecturer in 1997. He was Research Subdirector of the Department of Computer Engineering of the UPV and he has worked since 1998 in applications of Pattern Recognition to biometrics, robotics and industrial and embedded systems at ITI. In 2002 he was appointed as Scientific Director of the Instituto Tecnologico de Informatica (ITI), an Institute of the regional network of technology centers of the Valencian Community, Spain (REDIT). These institutions are private associations of companies belonging to each industry sector. Their mission is to close the gap between the knowledge generation phase and the market adoption of technological products and services. It also belongs to the Spanish Federation of Technology Centers (FEDIT). He has been main researcher an/or coordinator of 33 public-founded national and international research projects and participated in 26 more. He has been responible of 33 research contracts with companies or administrations, and participated in 20 more. Perez-Cortes is author of 17 journal articles, 7 book chapters, 26 peer-reviewed international conference papers with proceedings and 14 national conference papers with proceedings. He has been director or co-director of 5 PhD. Thesis. He organized and served as Program Comitee President of the Workshop on Interactive Multimodal Pattern Recognition in Embedded Systems (IMPRESS), in the International Conference on Database and Expert Systems Applications (DEXA) in the last two editions, 2010 and 2011. He also organized and participated in other workshops and conferences. 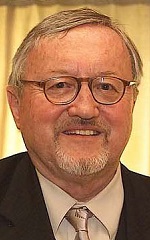 Abstract: The term "Electronic Government" became a common label nineties turning a new century. So having been employed that label for several years it is the proper moment to reflect state and perspectives. From the beginning DEXA has covered the development of E-Government within its Conference Cluster starting with workshops and then with founding the EGOVIS Conference series. The first special conference was within DEXA 2002 in Aix-en-Provence.

Electronic Government is about e-Transformation, so changing fundamentally the way Government does what it does. Essentially, e-Transformation means comprehensive alternation - whatever the domain of performing activities may be. Change becomes pervasive including redefining the mental models of performing work, changing methods and tools as well as restructuring relationships. For all fields, patterns of e-Transformation are alike in their basic composition. They start with creating innovative business models and integrating flows of information. Core feature is using telecooperation as prime mode of work. Fundamental need is providing a protected and trustworthy environment and safeguarding secure and legally binding transactions.

Concerning Government, first and foremost, the aim of transformation is obvious. One strives to improve public services, to aid democratic processes and to strengthen support to public policies. Transformation of Government is enabled through ICT-technology; hence a sound redesign in a holistic approach may be achieved. In the first part of the contribution the state of E-Government is sketched recalling some important milestones. Then the contribution turns to future prospects and future developments are considered. A lot of progress builds on solid trends emerging. The list of relevant issues is long. Some upcoming topics are sketched, so cross-border services, collaborative platforms, data integration, mobile government and policy modelling.

Short Bio: Roland Traunmüller is Professor Emeritus with the Institute for Informatics in Business and Government at Linz University, Austria. Prof. Traunmüller has worked in the field of Information Systems and applications of information technology in Government for three decades. In Austria Prof. Traunmüller heads the Forum e-Government, in Germany he is member of the steering body e-Government within the German Computer Society. Within DEXA Prof. Traunmüller founded in 2002 the EGOV conference series as annual meeting of the European R&D Community.
In addition he has been involved in various consulting activities and boards on the national and international level (Ministries, EU, UNO, and UNESCO). In recognition of his work official acknowledgements have come in. In recognition of his work official acknowledgements have come in. So for founding the e-Government R&D Community he got 2006 the "Prometheus" - an Award dedicated by the North-American Society on Digital Government and by the European Community for e-Government. He also got the Roland Wagner Award - an international award on computers helping people with special need. Lately the Republic of Austria honoured the Life-work of Prof. Traunmüller with awarding to him the Big Silber Medal of the Republic Austria.