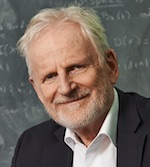 "From Natural Language to Automated Reasoning"

Abstract: We outline the possible interaction between knowledge mining, natural language processing, sentiment analysis, data base systems, ontology technology, algorithm synthesis, and automated reasoning for enhancing the sophistication of web-based knowledge processing.
We focus, in particular, on the transition from parsed natural language texts to formal texts in the frame of logical systems and the potential impact of automating this transition on methods for finding hidden knowledge in big (or small) data and the automated composition of algorithms (cooperation plans for networks of application software).
Simple cooperation apps like IFTTT and the new version of SIRI demonstrate the power of (automatically) combining clusters of existing applications under the control of expressions of desires in natural language.
In the Theorema Working Group of the speaker quite powerful algorithm synthesis methods have been developed that can generate algorithms for relatively difficult mathematical problems. These methods are based on automated reasoning and start from formal problem specifications in the frame of predicate logic. We ask ourselves how the deep reasoning used in mathematical algorithm synthesis could be combined with recent advances in natural language processing for reaching a new level of intelligence in the communication between humans and the web for every-day and business applications.

The talk is expository and tries to draw a big picture of how we could and should proceed in this area but will also explain some technical details and demonstrate some surprising results in the formal reasoning aspect of the overall approach.

Short Bio: Prof. Bruno Buchberger is an international researcher, best known for his invention of the theory of Gröbner bases (established in his PhD thesis 1965) providing a general algorithmic method for solving fundamental problems in non-linear polynomial systems. His current main research topic is automated mathematical theory exploration (the "Theorema Project”) with application to the automation of invention and the derivation of hidden knowledge in big data. He led numerous research and industrial projects and was / is a consultant of the Austrian and Upper Austrian Government. For his contribution to the economic and technologic development of Austria, he was elected “Austrian of the Year” 2010 (by the Austrian newspaper Die Presse) and received numerous other Austrian awards. 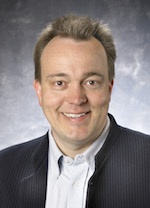 Abstract: More and more data is being collected from a variety of new sources such as sensors, smart devices, social media, crowd-sourcing, and (Linked) Open Data. Such data is large, fast, and often complex. There is a universal wish perform multidimensional OLAP-style analytics on such data, i.e., to turn it into "Big Multidimensional Data". The keynote will look at challenges and solutions in managing Big Multidimensional data. This is a multi-stage journey from its initial acquisition, over cleansing and transformation, to (distributed) storage, indexing, and query processing, further on to building (predictive) models over it, and ultimately performing prescriptive analytics that couples analytics with optimization to suggest optimal actions. A number of case studies from advanced application domains such as Smart Energy, Smart Transport, and Smart Logistics will be used for illustration.

Short Bio: Torben Bach Pedersen is a Professor of Computer Science at Aalborg University, Denmark. His research interests include many aspects of Big Data analytics, with a focus on technologies for "Big Multidimensional Data" - the integration and analysis of large amounts of complex and highly dynamic multidimensional data in domains such as logistics (indoor/outdoor moving objects), smart grids (energy data management), transport (GPS data), and Linked Open Data. He is an ACM Distinguished Scientist, and a member of the Danish Academy of Technical Sciences, the SSTD Endowment, and the SSDBM Steering Committee. He has served as Area Editor for Information Systems and Springer EDBS, PC Chair for DaWaK, DOLAP, SSDBM, and DASFAA, and regularly serves on the PCs of the major database conferences. 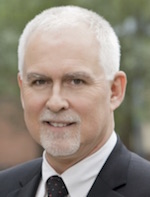 "The Price of Data"

Abstract: As data is becoming a commodity similar to electricity, as individuals become more and more transparent thanks to the comprehensive data traces they leave, and as data gets increasingly connected across company boundaries, the question arises of whether a price tag should be attached to data and, if so, what it should say. In this talk, the price of data is studied from a variety of angles and areas, including telecommunication, social networks, advertising, and automation; the issues discussed include aspects such as fair pricing, data ownership, and ethics. Special attention is paid to data marketplaces, where nowadays everybody can trade data, although the currency in which buyers are requested to pay may no longer be what they expect.

Short Bio: Gottfried Vossen is a Professor of Computer Science in the Department of Information Systems at the University of Muenster in Germany. He is a Fellow of the German Computer Science Society and an Honorary Professor at the University of Waikato Management School in Hamilton, New Zealand. He received his master’s and Ph.D. degrees as well as the German Habilitation from the Technical University of Aachen in Germany, and is an Editor-in-Chief of Elsevier's Information Systems - An International Journal. His current research interests include conceptual as well as application-oriented challenges concerning databases, information systems, business process modelling, Smart Web applications, cloud computing, and big data.

"The IS Perspective in E-Government Research and Development"

Abstract: Five years ago DEXA established a Conference line under the name of EGOVIS as to underscore the importance of the Information Systems view. Obviously, the Information Systems aspect plays a pivotal role in the whole field of E-Government Research and Development. The term denotes the study of organizational systems with a specific reference to information and the complementary networks of hardware and software. It comprises a quite broad scope and thus addresses a breath of themes ranging from a strategic and design focus to managerial and operational questions. Accordingly, the IS Perspective induces a holistic and comprehensive approach for E-Government R&D. In addition it helps to comprehend and improve a series of actual and novel innovations. The contribution outlines first the general merits of the IS perspective and consequently moves to discussing some recent challenges. Respective themes comprise Collaboration Features, Mobile Government, Open Government and Modelling Approaches.

Abstract: Given the large volumes of data recommender systems currently have to deal with, we need online stream based approaches that are able to cope with high throughput observations. In this talk I will describe the work on incremental matrix factorization approaches for binary ratings, starting with a general introduction, looking at various approaches and describing existing enhancements. I will also focus on adequate procedures for the evaluation of online recommender algorithms.

"Security Value Chains in Theory and Practice: Can We Trust the Cheapest Link?"